Don’t expect tens of thousands of choices when you dive into the world of deep-discount grocery shopping. But do expect quality products and some pleasant surprises.

Get wellness tips, workout trends, healthy eating, and more delivered right to your inbox with our Be Well newsletter. 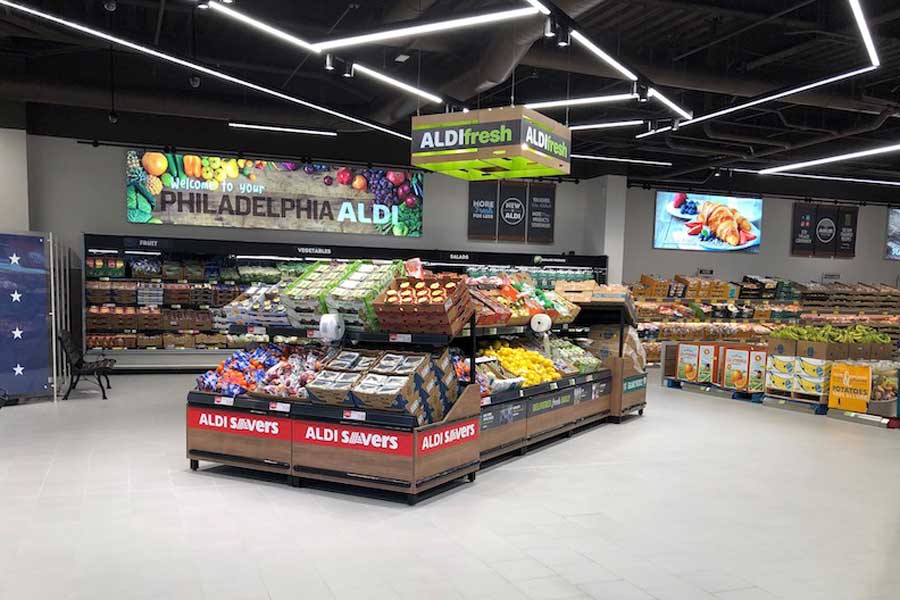 Inside the new Aldi inside the Broadridge apartment development, one of the region’s best cheap grocery stores. Photograph courtesy Aldi

Many people find grocery shopping a chore. I’m not one of them. But when you consider the mind-boggling number of items on the shelves of your local supermarket, the time it takes to find all the items on your list, the stuff you put in your cart that wasn’t on your list, and how much you spend doing all this, the pain many feel when shopping for food is understandable. Just standing in the cereal aisle can induce anxiety attacks.

There is an alternative out there: the deep-discount supermarket. In this world, you’re not overwhelmed by having to make so many choices, because there are fewer of them: the deep-discounters carry between 1,500 and 3,000 products in their stores, in sharp contrast to the 40,000 or more you will find at a typical supermarket. They also limit their selection to the most-frequently-purchased items and sizes, with some variations from this norm.

But because of this, you won’t spend what seem like hours finding what you want, because the stores are much smaller than the typical supermarket. And you won’t spend so much money, for the prices are lower — sometimes much lower — than at the regular stores.

Something else you won’t find at these stores is service counters: If you want your lunchmeat sliced on the spot for you, or your fish cleaned and filleted, you will get none of that. But if you’re fine with frozen fillets and prepackaged lunchmeat, you’ll be okay.

Another thing you should expect to do when shopping at these stores: Bring your own bags. They don’t bundle the cost of supplying bags into the shelf prices. If you don’t bring your own bags, though, you can buy them at the store. And at Aldi and Lidl, you’d better bring a quarter with you if you want a shopping cart: shoppers at those two stores must pay a 25-cent deposit to unlock a shopping cart which they get back when they return the cart to the store entrance and relock it.

Most of these stores look like warehouses because much of what they sell is sold directly out of their packing cases, and in some cases, out of packing cases stacked directly on top of pallets. Just remember, you’re not here for the aesthetics, you’re here to save money.

There are five major players in the no-frills, deep-discount supermarket sector in Philadelphia and environs. Two have been around for decades, two others are relative upstarts, and one sits in a class by itself. And while they have those similarities in common, they do differ in some significant ways. Here’s what you can expect when you go to each store. 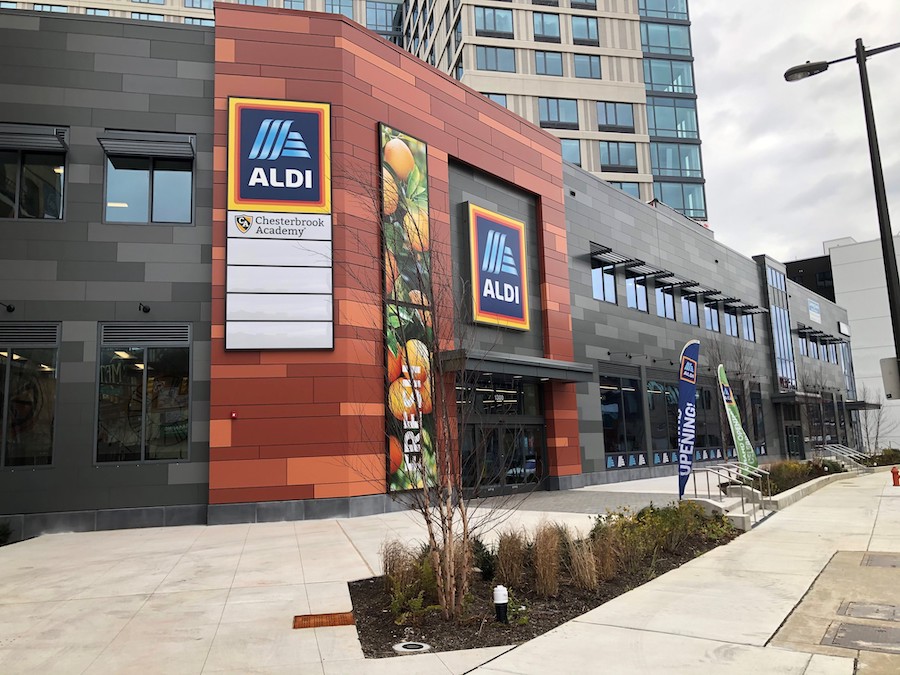 The Aldi storefront on Ridge Avenue, one of the newer additions to the area’s selection of cheap grocery stores. Photograph by Sandy Smith

More than 45 locations throughout the Philadelphia region

This granddaddy of the deep discounters, founded in Germany in 1946, is on a drive to become the second-largest grocer in America by total store count. And it’s revived the model the late, lamented A&P used to become America’s grocer in its heyday: rely on its own brands and price them low.

What you’ll find inside: All of the supermarket mainstays, from produce to fresh meat to dairy to canned goods to frozen foods, including cleaning products and paper goods, plus a constantly changing selection of general merchandise and housewares.

What you won’t find inside: A wide variety of fresh fish and seafood (they do sell some fresh fish), fresh baked goods or fresh flowers (see Lidl for those).

Worth noting:  Aldi stores look less bare-bones than they once did, as the chain has extensively remodeled and upgraded the appearance of all its stores. And most of those packing cases now sit on regular shelves. And Aldi also offers an unusual satisfaction guarantee: If you don’t like something you’ve bought there, they will both replace the item and refund your money. 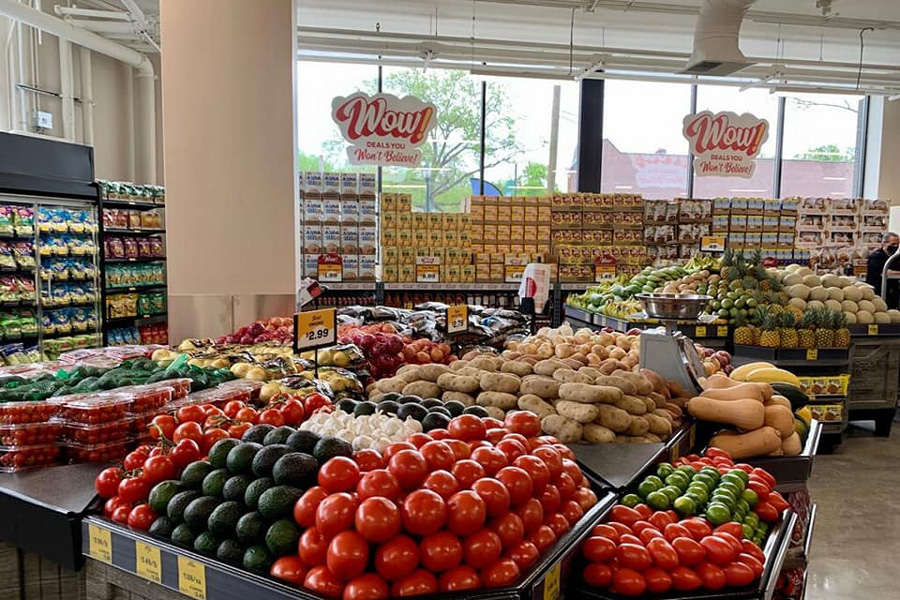 Grocery Outlet is the new kid on the block among deep discounters here. Founded in 1946 in California as a store that sold military surplus goods, it has expanded on the surplus-store model by adding fresh meats and (lots of) produce, but it remains a true outlet store at heart. The chain now has more than 300 stores in all, all but 20 of them west of the Rockies. Those 20 are all in Pennsylvania, which the chain entered about three years ago.

What you’ll find inside: A bigger selection of nationally advertised brands than at its competitors. Much of what GO sells are products the major manufacturers couldn’t sell to supermarkets, made too much of, or are slightly irregular, just like at the fashion outlets; you benefit by being able to buy them at ridiculously low prices. More than 95 percent of the merchandise at GO consists of national or regional brands, including many you may not have heard of, but you will also find surplus private-label products from other supermarket chains from time to time.

What you won’t find inside: A consistent supply of certain products or specific brands. You should be able to find most of the basics here all the time, and popular produce, meat and poultry items are always available, too, at prices comparable to the other deep discounters or regular supermarkets. But if you see a specific product you like at a very attractive price here, stock up on it when you see it, for it might not be there on your next visit.

Worth noting: All Grocery Outlet stores are franchised and owned by people who live in the communities they serve. 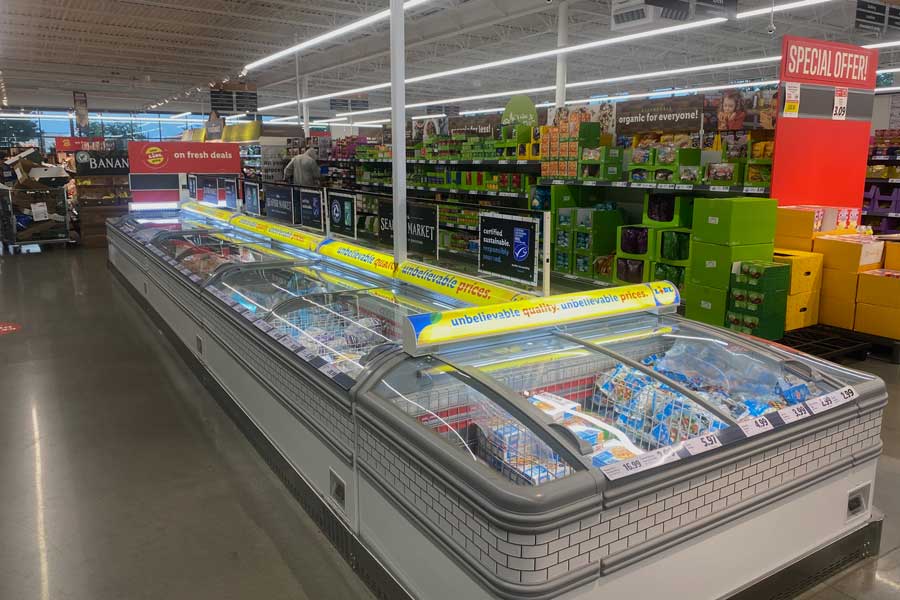 Inside the Port Richmond Lidl. Photograph by Sandy Smith

10 stores in the metropolitan area, including one in Port Richmond and one in Northeast Philadelphia

Lidl has been Aldi’s arch-rival in Germany since its founding in 1973, and it took the fight to the US in 2017. After expanding rapidly, it dialed back its store openings in 2018. The chain now has more than 100 stores, all located around the East Coast and Southeast.

What you’ll find inside: See Aldi. But you will also find fresh flowers and an in-store bakery.

What you won’t find inside: Again, see Aldi, except for the fresh baked goods, which you will find.

Worth noting: Lidl stores have more interior space and feel more open than their competitors’, thanks in part to wider aisles. Lidl also offers the same double guarantee as Aldi. 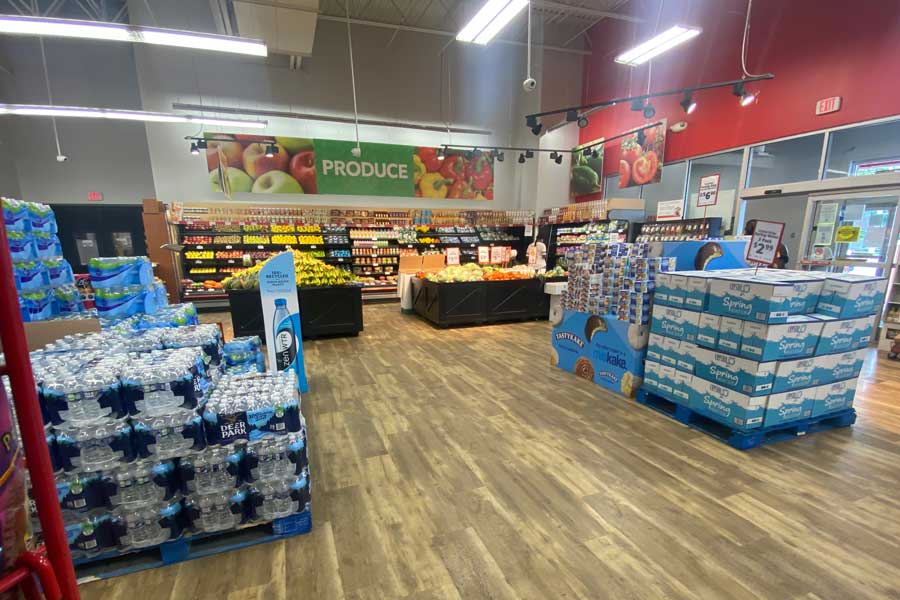 The produce section of the Mt. Airy Save A Lot. Photograph by Sandy Smith

20 stores in the metropolitan area, all in Philadelphia save for stores in Camden, Pennsauken and Upper Darby

Save A Lot is the second homegrown American deep discounter, founded in 1977 in a suburb of St. Louis; the company calls a different St. Louis suburb home today. In contrast to its competitors, Save A Lot remains focused on food, and its stores also remain the most warehouse-like in the category. In this area, the company specializes in opening stores in food deserts where lower-income and other underserved shoppers predominate.

What you’ll find inside: More of a mix of national brands and private-label products than at its rivals. For most of its existence, Save A Lot has been affiliated with a wholesale supplier of conventional supermarkets, and its owners have been able to take advantage of that to get good deals on many well-known national brands, which you will find stacked high on pallets at the end of every aisle.

What you won’t find inside: Anything other than food and household supplies.

Worth noting: Save A Lot acts as wholesaler to its independently owned stores, most of which operate under licensing agreements with the company. 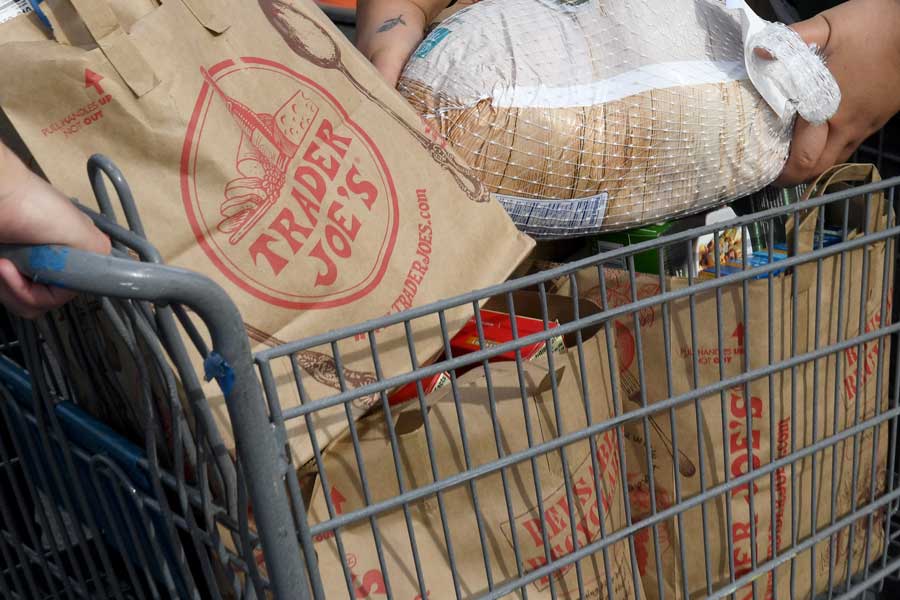 Trader Joe’s is a great place to shop for cheese. Photograph by Getty Images/Ethan Miller

10 stores in the metropolitan area, including two in Center City Philadelphia

Trader Joe’s is also American-born, founded in California in 1967. But it differs from the other deep discounters in that it mainly carries specialty and natural foods from a wide variety of cuisines. Like Aldi, it has fans rather than customers; in fact, both its business model and its fan base led the other Aldi company — there are two of them, legally and financially separate but owned by the same family — to acquire the chain in 1979.

What you’ll find inside: Lots of colorful decorations on the walls and staff who dress in tropical-island gear; founder Joe Coulombe came up with the Trader Joe’s concept as a spoof of Trader Vic’s, a popular chain of tiki-themed restaurants in the 1960s. Lots of prepared and fresh foods that span the globe, all of it private-label; Trader Joe’s negotiates deals with suppliers when it finds products it likes and that meet its quality standards, then slaps its own name on them.

15 Crystals For Manifesting + How To Use Them, From Experts

Save 50% on high-quality jewelry